We Are Open To Provide Essential Appliance Service For You

Call Us or make an Appointment Online

MD Appliance LLC is a professional Frigidaire repair San Diego. We repair Frigidaire dishwashers, refrigerators, microwaves, washers, dryers, stoves, ranges, cooktops, ovens, and freezers. We are real professionals, trained on all Frigidaire Appliances so we can diagnose and repair your appliance as quickly as possible. Suppose you are having difficulty with your Frigidaire appliance. In that case, you can speak to one of our skilled associates. They will help with the diagnosis and schedule a service appointment as necessary.

MD Appliance offers a high-quality Frigidaire Appliance Repair San Diego. Our technicians are licensed appliance repair specialists with many years of work experience in this field. We specialize in servicing all the high-end appliance brands, including the Electrolux brand. Our technicians are repair specialists of the newest and most advanced products from Electrolux and Frigidaire.

What to expect from Frigidaire Repair San Diego

Always there for you and your appliance.

Same or next day service appointments.

Warranty On Our Work

We stand behind the quality of our work.

MD Appliance technicians will arrive at your home fully prepared to perform the job professionally. If you accept us into your home to service your appliances, we will value your home as if it is our own. We stand behind our work. Your time and our time is valuable. When you schedule service with us, we will give you a two-hour timeframe and call you prior to our visit. Any changes that arise will be communicated with you promptly. 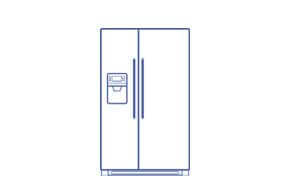 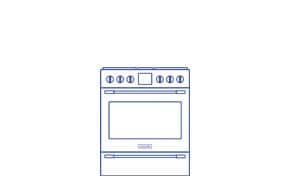 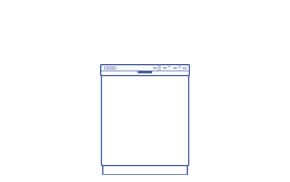 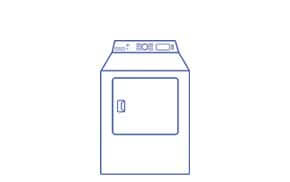 See What Our Customers Are Saying

The quality of our Frigidaire appliance repair service is assessed regularly by our customers.

Testimonials from our happy customers.

We have used MD Appliance several times in the past few years for our rental properties. Last time their technician came by to repair our Frigidaire washer. He was very polite and provided excellent service. We will continue using this company in the future.

Our Frigidaire dishwasher had been having some problems with not draining so I looked for a repair place in the area. I found MD Appliance, and I was thrilled with the service. The technician arrived right on time and found the problem quickly. They had to return a few days later with the parts and completed the job. Thank you.

The technician promptly arrived to fix my Frigidaire refrigerator. A part was ordered, and he called me when the part came and arranged another appointment to repair it. They were quick to get the work done, which was great. I would use this company again.

My Frigidaire refrigerator was making a noise. I called MD Appliance, and they were able to make an excellent time to visit. Very helpful and clear about the problem. He presented the options and gave an estimate that he stuck to. Very happy with the service.

Call us or Make An Appointment Online

Frigidaire is an American brand of major home and commercial appliances. Frigidaire was established as the Guardian Frigerator Company in Fort Wayne, Indiana, and developed the first self-contained refrigerator in 1916. William C. Durant, a founder of General Motors, invested in the company. In 1919, it adopted the name Frigidaire.

From 1919 to 1979, General Motors-owned the company. During those years, it was very competitive in the automatic clothes-washing-machine business. In 1979 White-Westinghouse acquired Frigidaire. They were already a well-known appliance manufacturer. Frigidaire was manufacturing a wide variety of appliances for the consumer market. Their model line includes fridge freezer units of several different types. They offer includes traditional Top Freezer models, as well as more modern Side-By-Side and French Door styles.

Most draining problems with Frigidaire washing machines are not unique and can happen to most washing machine brands and models. If your washer stops in mid-cycle with water inside or if it shows error E20, that means that there is a draining problem. Your Frigidaire washer will not drain due to ether dirty drain filter, plugged drain hose, defective drain pump, or even faulty electronics. On some models, you can clean the drain pump filter. But on most of the Frigider and Electrolux washers, the drain filter is not accessible from outside, so you will need to call for service.

Error code SH means SHORTED temperature sensor. Suppose it shows up on the fresh food side display. In that case, it is a refrigerator compartment sensor, or on the freezer side display, it is the freezer sensor. In most cases, replacing the temperature sensor will solve the problem. Sometimes the control electronics or the wiring will cause this issue. For proper diagnosis calling the professional service is recommended.

The most common cause is the defective oven ignitor on the gas Frigidaire oven. The ignitor might still glow, but it would be too weak to open the safety valve and ignite the flame on the burner. The typical symptoms are long preheating time, inconsistent temperature, and sometimes gas odor. Defective heating elements or electronic oven control (EOC) could cause a problem with the electric Frigidaire oven.

4 - How to fix a Frigidaire dryer not heating.

When working on a dryer, you need to know the difference between a gas dryer and the electric dryer. Before you start working on a gas dryer, turn the gas supply off and unplug the dryer from the wall outlet. Gas dryers operate on 110V, electric on 240V.

Make sure that the dryer vent (ducting) is clear. The dryer is not drying clothes if the vent is plugged. It also poses a fire hazard.

This error indicates the problem with the Membrane Switch (TouchPad). When at least one of the pads on the membrane switch has been closed for one minute, the failure will appear in the display. It is a common issue, and we need to replace the control panel to correct the problem. Professional assistance is recommended.

Is to provide fast, reliable, and professional service and repairs from highly qualified technicians.

Call us or send us an email if you need help with your appliance.

Warning: Instructions given in this section are furnished as a guide. Persons attempting to use these instructions to repair the appliance should have a working knowledge and previous appliance repair training. Service person should be licensed and insured.

MD Appliance LLC policy requires the presence of an adult person at home upon the arrival of our technician and during the service appointment. It is necessary for the technician to receive authorization before he starts any work on your appliance.